Day 22 # Why Semantic HTML is important?

Because semantic HTML uses elements for their given purpose, it’s easier for both people and machines to read and understand it.

Examples of non-semantic elements: <div> and <span> - Tells nothing about its content.

Semantic markup is a way of writing and structuring your HTML (Hypertext Markup Language) so that it reinforces the semantics, or meaning, of the content rather than its appearance. In a broader sense, it means that your site architecture separates presentation from content; essentially saying that HTML is used for structure, and CSS is used for the style of your web design.
Semantics and accessibility are a part of HTML by design, but they are not useful unless they are implemented correctly. Writing semantic markup means understanding the hierarchy of your content and how both users and machines will read it. Much of it can seem like common-sense; when you write a heading, mark it with a heading tag (<h1>, <h2>, etc.). When you write a paragraph, mark it with a paragraph tag (<p>). Semantic markup means that HTML tags are never chosen based on the way they appear in a web browser — they’re chosen based on the importance and structure of the content.

In HTML there are some semantic elements that can be used to define different parts of a web page:

The goal is to make it easier for browsers, developers, and crawlers to distinguish between different types of data. All of these semantic tags make it clearer what information is on the webpage as well as its importance. 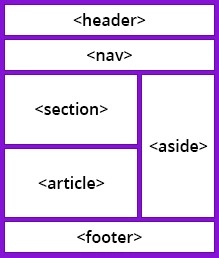 Popular posts from this blog

October 13, 2020
Day 20 # This checklist uses The Web Content Accessibility Guidelines (WCAG) as a reference point. The WCAG is a shared standard for web content accessibility for individuals, organizations, and governments.ContentContent is the most important part of your site.Use plain language and avoid figures of speech, idioms, and complicated metaphors.Make sure that the button, a, and label element content are unique and descriptive.Use left-aligned text for left-to-right (LTR) languages, and right-aligned text for right-to-left (RTL) languages.Global codeGlobal code is code that affects your entire website or web app.Validate your HTML.Use a lang attribute on the HTML element.Provide a unique title for each page or view.Ensure that viewport zoom is not disabled.Use landmark elements to indicate important content regions.Ensure a linear content flow.Avoid using the autofocus attribute.Remove session timeouts.Remove title attribute tooltips.KeyboardIt is important that your interface and conten…
Read more

I have downloaded a word document from online and used an inbuilt accessibility checker to check the issues. There I observed some missing alternative texts, images, or objects not inline, check the reading order, hard-to-read text contrast. I tried to change the contrast and solved the issues by changing font and color contrast.

What the Checker Won’t DoIf your headings are text made big and bold, not real headings,  the accessibility checker won’t see a problem. So you will also have to check headings yourself.The checker will tell you if an image has no alternative text. But it can’t tell if an image has an inaccurate or badly-written alternative text.  So you must check all images, even if the checker says they are OK.You’ll also have to check whether your page is using tabs where it should use a table, fonts, like Wingdings, where it should use images, or images where it should use text. So the checker is no substitute for …
Read more 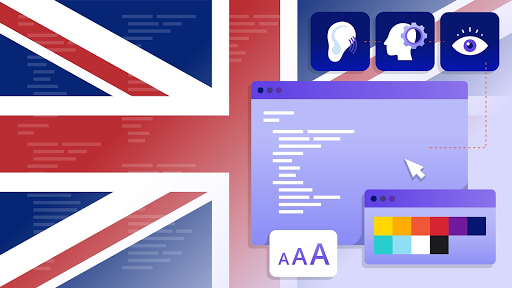 Day 24 # Learn about accessibility law in your country

UKMost public sector websites and mobile apps do not currently meet accessibility requirements. For example, a recent study found that 4 in 10 local council homepages failed basic tests for accessibility.Common problems include websites that are not easy to use on a mobile or cannot be navigated using a keyboard, inaccessible PDF forms that cannot be read out on screen readers, and poor color contrast that makes the text difficult to read - especially for visually impaired people.You may be breaking the law if your public sector website or mobile app does not meet accessibility requirements.The accessibility regulations came into force for public sector bodies on 23 September 2018. They say you must make your website or mobile app more accessible by making it ‘perceivable, operable, understandable and robust’. You need to include and update an accessibility statement on your website. The full name of the accessibility regulations is…
Read more